In earlier times, the writers of militaristic works such as Lepanto or Naseby were rarely themselves participants in the battles themselves.  They might have been commissioned by kings and generals to memorialise a victory or campaign.  Some however had seen, war at close quarters: The Battle Hymn of the Republic was written by Julia Ward Howe at least within sight of watch-fires in the encampments and Kipling saw battles close to as a reporter and had talked to men who had been in action on the North West Frontier.  It was not until the First World War, however, that a large number of participants began to put their feelings and reactions to war into writing.

The First World War has been referred to as a very ‘literary’ war.  By 1914 virtually every child leaving school at 14 could read as well as write. Both these activities could offer a temporary escape from the boredom of trenches – in the long, dreary gaps between intense periods of action.  There was also an efficient postal service: a letter written in a trench outside Ypres could be on the doorstep at home in two days.  Just as today’s soldiers use the internet and produce blogs, so the soldiers of the Great War felt a need to leave a record of what they were living through.  They sent home not just letters, but also poems, some of which were published in their local newspapers.   Many would not have thought of them selves as poets, but found that it was the only way in which they could begin to articulate the intensity of the experiences they were living through.

The writing was of varying standards: from the simple verse produced by a soldier based on the rhythm of a music-hall song or hymn to the finely-crafted offerings from those who would later become known as the ‘War Poets’: Owen, Sassoon, Blunden, Rosenberg and others. Rupert Brooke was an established and respected poet at the outbreak of the First World War, but as a war poet he is best remembered for his poem “The Soldier” part of his War Sonnets.

If I should die, think only this of me:

That there's some corner of a foreign field That is for ever England. There shall be
In that rich earth a richer dust concealed;
A dust whom England bore, shaped, made aware,
Gave, once, her flowers to love, her ways to roam,
A body of England's, breathing English air,
Washed by the rivers, blest by suns of home.

It has recently been suggested that over 2000 individuals were writing poetry during the Great War – and a recent anthology contains the works of some 80 individuals who served on the Western Front and whose work was published in anthologies of the day.

Some of the War poems have inevitably become more well-known than others.  “In Flanders Fields” written in 1915 by a Canadian John McCrae an Army doctor, who had seen action in South Africa prior to the First World War, would be the inspiration for the symbolic Poppy that is worn in remembrance every November and makes up the wreaths laid at war memorials across the land on Remembrance Sunday.

In Flanders fields the poppies blow

Between the crosses, row on row, That mark our place; and in the sky

Scarce heard amid the guns below.

We are the Dead. Short days ago

Loved and were loved, and now we lie

Take up our quarrel with the foe:

To you from failing hands we throw

The torch; be yours to hold it high.

If ye break faith with us who die

We shall not sleep, though poppies grow 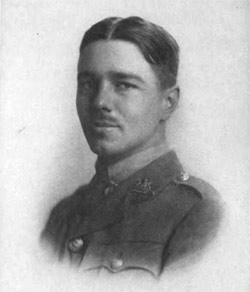 Another of the most enduring and powerful poems of the First World War is Wilfred Owen's “Dulce et Decorum Est” in which Owen describes in graphic detail the death of a soldier overcome by poison gas.  The title is taken from an ode by the Roman lyric poet Horace that reads in full “Dulce et decorum est pro patria mori”: “How sweet and fitting it is to die for one’s country”.

If you could hear, at every jolt, the blood

Come gargling from the froth-corrupted lungs,

Obscene as cancer, bitter as the cud

My friend, you would not tell with such high zest

To children ardent for some desperate glory, 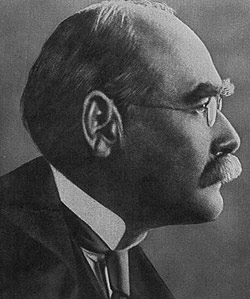 I could not dig: I dared not rob:

Therefore I lied to please the mob.

Now all my lies are proved untrue

And I must face the men I slew.

What tale shall serve me here among

Mine angry and defrauded young?

The American Alan Seeger had joined the French Foreign Legion in 1914 and was killed in action two years later at Belloy-en-Santerre.  His poem “I have a rendezvous with death” was a favourite of President John F. Kennedy

I have a rendezvous with Death 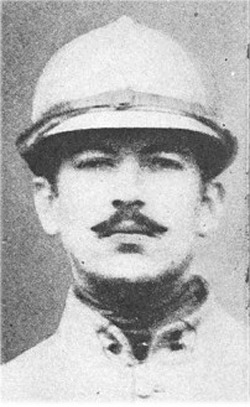 At some disputed barricade,

When Spring comes back with rustling shade

And apple-blossoms fill the air—

I have a rendezvous with Death

When Spring brings back blue days and fair.

During the Second World War, another generation of war poets (Alun Lewis, Keith Douglas and others) emerged to take their places alongside those who had fought in an earlier war.  Some things had changed and some had not; in To a Conscript of 1940, Herbert Read’s soldier sends a message to the soldiers of another war. In a different vein, Henry Reed’s wry sense of humour and keen observation in “Naming of Parts” captures perfectly the essence of the early weapon training lessons given to all new recruits and the unfamiliarity of it all for a mass citizen army.

To-day we have naming of parts. Yesterday,

We had daily cleaning. And to-morrow morning,

We shall have what to do after firing. But to-day,

To-day we have naming of parts. Japonica

Glistens like coral in all of the neighbouring gardens,

And to-day we have naming of parts.

It is possible today to visit the sites where many of the poets and writers, particularly those of the First World 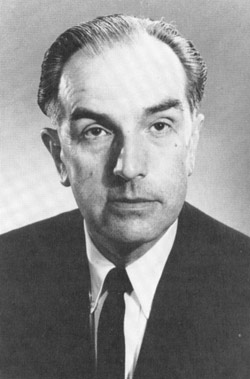 War, served and either wrote or experienced the events that would later form the basis of their writings.

Probably the most moving experience is to stand at concrete bunkers that formed the dressing station where John McCrae worked close to the front line north of Ypres and look out across the neat lines of headstones that make up the Essex Farm Commonwealth War Graves cemetery.  These are the headstones of the men that are memorialised in the poem “In Flanders Fields”.

The Second World War had its poets, artists, film makers and photographers but one of the most haunting two lines to come from that war has its roots in an ancient battle.

When You Go Home, Tell Them Of Us And Say,
For Your Tomorrow, We Gave Our Today

The words are on the memorial to the 14th Army 2nd Division at Kohima. India and were taken from epitaphs prepared by an English classicist John Maxwell Edmonds in 1916.  He had in turn taken from the lines of the Greek lyric poet Simonedes of Cios (556-468 BC) who wrote of the doomed battle of Thermopylae in 480 BC between the Greeks and the Persians.

Go tell the Spartans, thou that passest by,
That faithful to their precepts here we lie.

The experience of hearing the poems and extracts from the writings of soldiers, whilst visiting the sites where they were when they experienced what they wrote, not only enhances the battlefield tour but helps us to understand better what the soldiers went through.

Informative CWGC booklet on the poets
Radio 4 Wilfred Owen "From humble cottage to dazzling tribute"
Wilfred Owen Association
Poems you can download
Choose your guide: Christopher Newbould; Alison Hine
Like
0 members like this