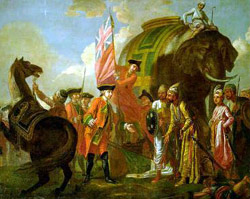 War has existed since the most ancient times – carvings, pottery and paintings show armed groups engaged in combat.  For many centuries wars were fought at the speed at which a horse could gallop or a man run.  Weapons relied on muscle power and combat was close range and brutal.

The invention of gunpowder extended the range at which soldiers could kill their enemies and also spelled the end of the high walled castle.  The ”fog of war” was an apt description of the visibility on a 19th Century battlefield and command and control relied on messages delivered by couriers on horseback.
Tactics were simple and the parade ground drill still taught today to recruits is a throwback to the days when soldiers formed squares against charging cavalry or faced advancing infantry by forming an extended line that would bring maximum fire power to bear.

the screams of wounded horses on the battlefield would never be heard again. 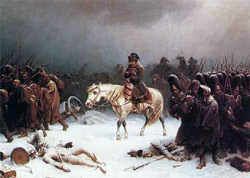 The wars fought at sea and on the mainland of Europe between France and Britain and European Allies like Prussia and Russia lasted from 1803 to the climax of the battle of Waterloo in 1815.  For the British the  fight was at sea and on the Spanish peninsula.  At sea Britain achieved victory at Trafalgar in 1805 and with this removed the threat of an invasion of the island.  In Spain Wellington fought a series of masterful actions that are now proud battle honours on regimental colours. 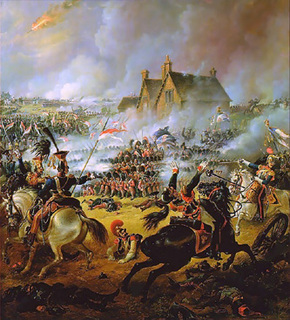 The battle of Waterloo that was fought on one memorable day - June 18, 1815 - stands unique in the annals of war.

It was the last time that the British  fought the French – in later conflicts the two nations would fight as allies.  It was also the battle that pitched the British commander Wellington against the almost mythic French soldier and national leader Napoleon.

Though parts of the battlefield have been landscaped much of it remains unchanged and visitors can picture the waves of French cavalry crashing against the British squares and see how Wellington used the terrain to shield his infantry from the French artillery bombardment.  At the close of the fighting Wellington would say of the battle that it was “A near run thing” - a quote that would be repeated by General Jeremy Moore following the British victory in the Falklands in 1982. 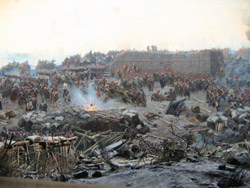 Napoleon abdicated on June 22 and was exiled to St. Helena.

View footage from the miniseries Waterloo showing that last battle

CRIMEA
Crimea War 1853-1855
The Crimea War of 1853-5 is the first British military campaign in which the camera was used to record events.  It was also the campaign that saw the saw the introduction of the Victoria Cross the decoration for supreme bravery that known simply as the VC has stood as a touchstone for courage. 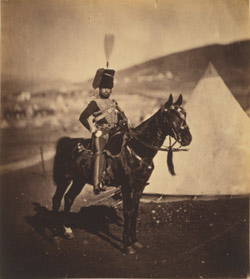 It was also the first  conflict in which war reporting came of age and simple changes in military medicine like proper hygiene   introduced by Florence Nightingale saved lives in the primitive hospitals that had been established.

The Crimea was also a campaign that saw the sacrifice of the Light Brigade and the heroism of British troops at Balaclava, Inkerman and the heights of Alma.

War came to the Crimea again between 1941-44 and once again the port and naval based of Sevastopol was besieged.  A year later the Crimea was also the location for the Yalta Conference between US President Roosevelt,

Veterans of the Crimean War 1915 footage

The wars in Africa 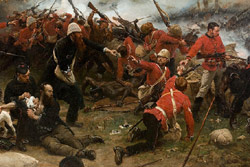 British military operations, like those of the other major European powers, in the years prior to the First World War were operations in support of Imperial expansion  -  effectively land grabs.  In some cases the local population accepted British rule or control, in others they fought to retain their independence.

The Zulus and the Boers in southern Africa were two national groups who fought.