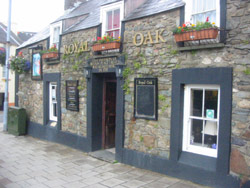 The last invasion of Britain took place on February 22, 1797 when a force of 1,400 French troops under an Irish American Colonel William Tate landed near Fishguard in Wales.  It took the local militia a couple of days to contain the French force and Tate was obliged to make an unconditional surrender.
The British naval victory at Trafalgar in 1805 removed the threat of invasion   German warships shelled British towns on the east coat in the First World War but it was in the Second World War that the threat of invasion seemed very real.
Many of the airfields and fortifications that played a vital part in the defence of the British Isles still exist – in some cases coastal batteries built in the 19th Century that covered the approaches to ports and naval bases were upgraded in the 20th
English Battlefields presented by Battlefield Trust
Like
0 members like this