This blog by an unknown author was found on the internet but gives us interesting background.  Please give us your comments and add further information.

During the First World War eight and a half million men saw military service fighting ‘for Britain’. It is often forgotten that a third of ‘Britain’s army’ in the First World War consisted of overseas troops. Nearly 3 million soldiers came from the dominions and colonies of the Empire. The figures are provided below:

Indian Soldiers in World War One 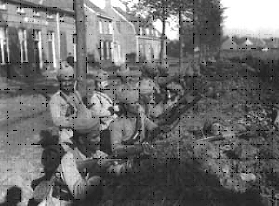 On the Western Front, the British Expeditionary Force were exhausted and under heavy attack. They were desperate to stop the Germans breaking through the line at Ypres and going on to take the Channel Ports. If the Germans broke through they would cut off the BEF’S supplies of food and ammunition, and the Allies would lose the war. Indian troops were underpaid (sometimes receiving only a quarter of the wage paid to British soldiers) and had never been used in such a cold landscape. They arrived at Ypres on 21 October and were sent into action immediately.

About 10% of Indian troops served in France and Belgium. The rest were sent to Gallipoli, Salonika, East Africa and the Middle East. Here they successfully defended the Persian and Iraqi oil fields, which Britain so desperately needed against the Turks (the Ottoman Empire) who were allies of the Germans.

In total 675,000 Indian troops were sent to Mesopotamia (now largely Iraq). With the exception of aircraft, all the supplies for Indian and British troops in the campaign came from India. By the end of the war there were three times as many Indian troops fighting in the region than British troops. The British-Indian force was able to capture Baghdad in March 1917 and in October 1918, after the Battle of Sharqat, the main Turkish force in Mesopotamia surrendered. Nearly 30,000 Indian troops died fighting in Mesopotamia, which was one of the main fronts against the Turkish army.

The Indian cavalry fought in the Middle East, as part of the Allies advance from Egypt northwards through Palestine. Altogether around 140,000 British and 100,000 Indian troops took part in the Palestinian campaign against the Turks. The Allies captured Jerusalem in December, 1917. The Indian Army was expanded during the last year of the war and played an important role in the war. Over 300,000 Indian recruits were raised in 1918. This increase in fighting strength allowed the Allies to transfer British troops from Egypt and Palestine to the Western Front to try and block the German Spring Offensive which had begun in March 1918 and was pushing back the Allied front line.

As well as being used a front-line troops, Indians also served as medics, miners, cooks and engineers. The Royal Pavillion in Brighton was turned into a military hospital, where Indians studying medicine in British universities were drafted in. Several thousand Indians died at sea, serving in the navy. There was also a handful of Indian fighter pilots. 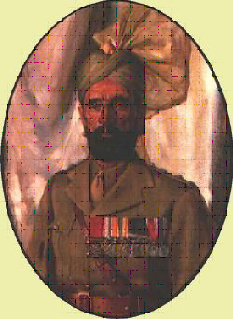 Nearly a million and a half Indians fought in the war. The Indian Lahore and Meerut divisions were quickly sent to support the British Expeditionary Force in Belgium. Khudadad Khan was one of the 20,000 Indian soldiers sent to the front line. He had been  born in the Punjab (now in Pakistan) in 1887. By 1914 he was serving as a machine gunner in the 129th Baluchis, near Ypres.

The 129th Baluchis faced a well-equipped German army which outnumbered the Allies five to one. Conditions were terrible, shallow waterlogged trenches gave little cover and there was a lack of hand grenades and barbed wire. When the Germans attacked on 30 October, most of the Baluchis were pushed back and suffered 300 casualties.

However, Khudadad Khan’s machine-gun team, along with one other, fought on, preventing the Germans from making the final breakthrough. Eventually Khudadad Khan’s own team was over-run. All the gunners were killed by bullets or bayonets except the badly wounded Khudadad Khan. He pretended to be dead until the attackers had gone on - then, despite his wounds, he managed to make his way back to his regiment.

Thanks to his bravery, and that of his fellow Baluchis, the Germans were held up just long enough for Indian and British reinforcements to arrive. They strengthened the line, and prevented the German army from breaking through. 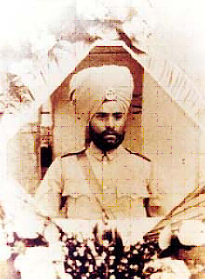 Manta Singh was part of the Indian Corps that played an important role in the battle for Neuve-Chapelle in March, 1915.

He was born in the Punjab, northern India and joined the 2nd Sikh Royal Infantry soon after leaving school. Manta Singh’s regiment was part of the Indian Expeditionary Force sent to France.

On the first day of the battle, British and Indian troops captured the town. However, the Germans counter-attacked with 16,000 reinforcements. In three days’ fighting, the British and Indian troops suffered 13,000 casualties. The Allies’ ammunition ran out, and the troops had to retreat. 5,021 Indian soldiers - about 20 per cent of the Indian contingent - were killed in heavy fighting.

Manta was injured in action after helping to save the life of an injured officer. Manta was sent back to England, to a hospital in Brighton but his legs had become infected with gangrene and he died from blood poisoning just a few weeks later.

Manta Singh is just one of over 113,000  Indians who were reported dead, wounded or missing during the First World War.

Indian troops also fought in the Second Battle of Ypres, when poison gas was first used by the Germans. The Lahore Division suffered huge casualties, losing almost a quarter of their 16,000 men

Two divisions of the Indian Cavalry Corps remained in France for a further two and a half years, fighting in the Battle of the Somme and the Third Battle of Ypres.

African soldiers in World War One 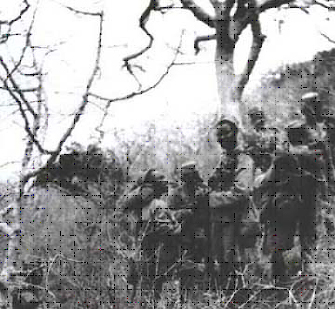 The King’s African Rifles had been in existence since 1901. Originally it was made up of three battalions but new recruits were added from the East African Protectorate (now Kenya), Uganda, Nyasaland (now Malawi), Northern Rhodesia (now Zambia) and Zanzibar. They fought throughout the East African campaign. By 1918 nearly 32,000 African soldiers had fought in the King’s African Rifles. Of these nearly 4,000 had died.

Although much of the fighting on this continent took place in East Africa, colonies in both East and West Africa contributed money and produce to the Allied war effort. The East African Campaign lasted from August 1914 right through to November 1918. By the end of 1916 British troops fighting in East Africa were made up of a great mixture of nationalities and included the Gold Coast Regiment, the King’s African Rifles, white South African troops and three regiments from India. 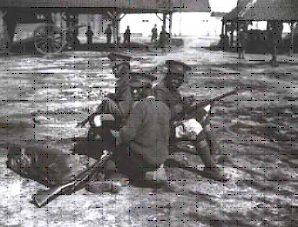 By mid-1916 the 3rd and 4th Battalions of the British West Indies Regiment had volunteered for service in Europe and were sent to the Western front. In total eleven battalions were raised, totalling 15,600 men. By the end of the war battalions from the British West Indies Regiment had served in France, Palestine, Egypt and Italy, suffering over 1,300 casualties.

The West Indies also supported the war effort through donating substantial sums of money. ₤2 million pounds was given to the British Government in war funds and charity. In addition, aircraft were bought for the Royal Flying Corps and ambulances for the Red Cross.