Militarily, the ANZAC reputation stood high at the end of the war and along with the Canadians, they were regarded as among the best fighting troops in the British Expeditionary Force. On this special 'ANZAC FOOTSTEPS TOUR' tour we follow in their footsteps to the places where the ANZAC reputation was established in Europe between 1916 and 1918. Along the way we shall hear tales of courage, endurance and sacrifice that will both inspire and humble.

The tour will start and finish in Lille - other end locations can be arranged. 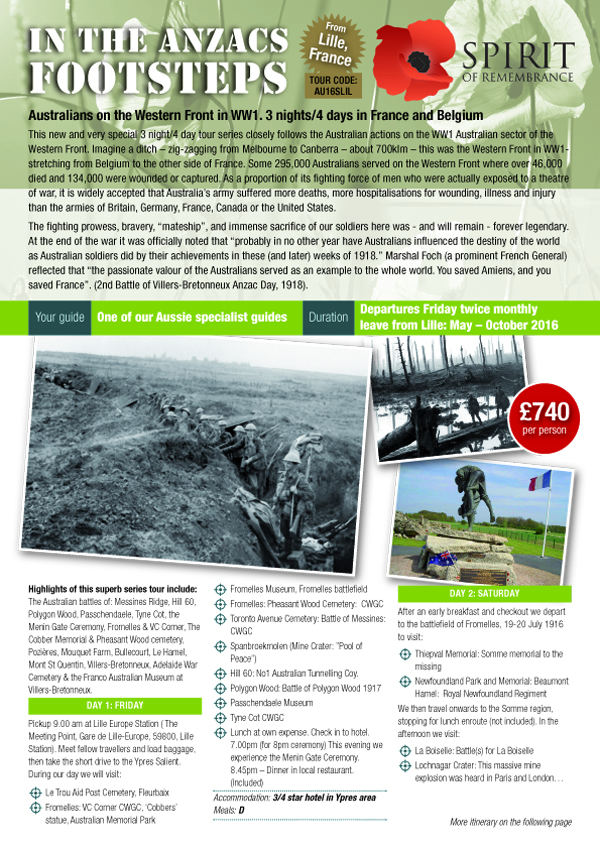 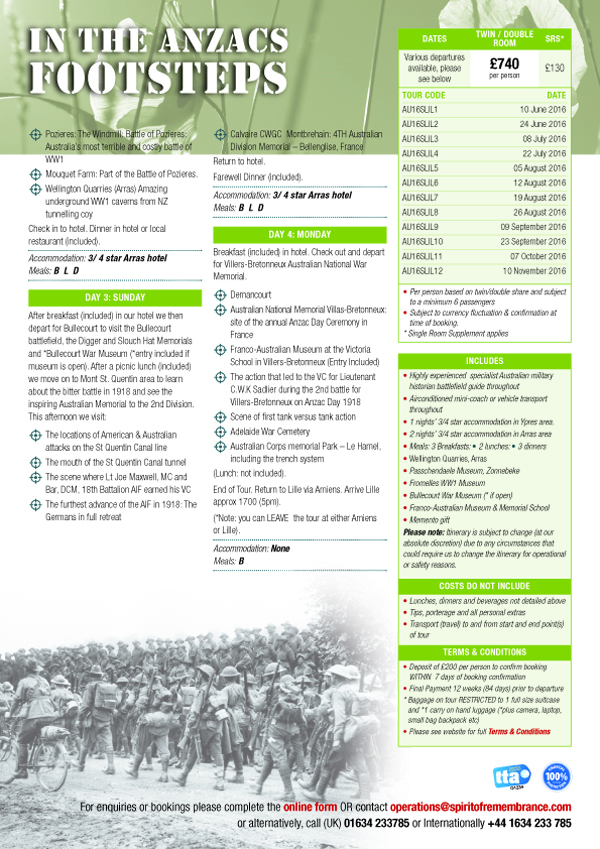