After regular service and 28 years in the TA, John Ross now works as a an analylst on military affairs and as a Battlefield Guide. His areas of guiding expertise include the Western Front, Normandy, North West Europe, Italy and Gallipoli. He is a member of the British Commission for Military History and the Guild of Battlefield Guides.

He has worked on Jane’s Sentinel Former Soviet Union Countries and has completed a report on the Future Land Battlefield for Janes Information Group and a Report on Command,Control Communications and Intelligence (C41) for SMI. He has been published in RUSI International Security Review, with a chapter on Reserve Forces and Civil Military Relations and in RUSI Newsbriefs on Overstretch and the British Armed Forces.

Currently he is working as a contractor at the Land Warfare Centre as an historian.   He has published pamphlets on Britain and Russia in Afghanistan, Protected Communities and Indigenous Forces. He is also a part time Research Student in the Department of War Studies at Kings College London researching a PhD  on the ‘Development of Command and Control systems in the Naval Home Commands in WW2 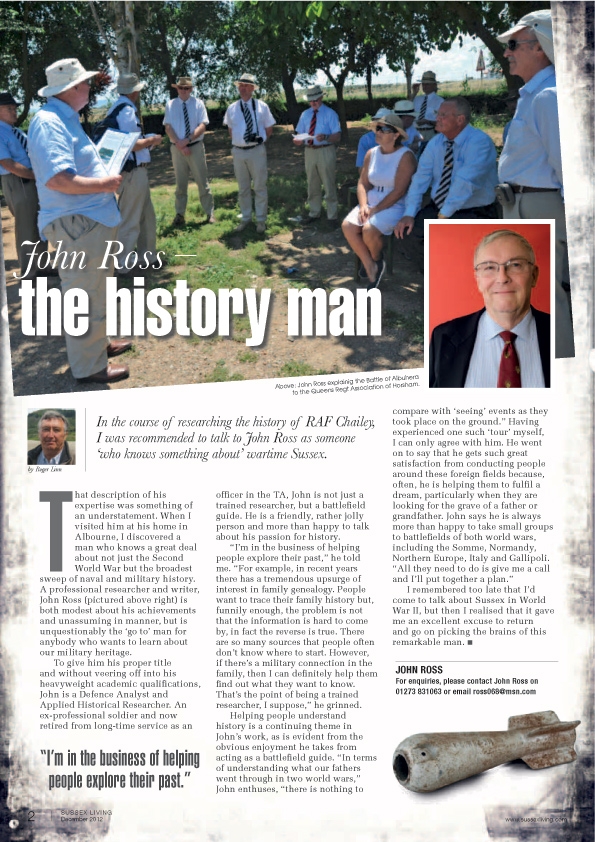