Indian Army in WW1 Battlefield Tour: On the Western Front

The Indian Army during World War I, sometimes called the British Indian Army, served in the European, Mediterranean and the Middle East theaters of war. Over one million Indian troops served overseas, of whom 62,000 died and another 67,000 were wounded. In total 74,187 Indian soldiers died during the Great War.

Fighting on what became known as the Western Front in Belgium and France between 1914 – 1918 Indian soldiers were to win 6 VCs the highest award for Gallantry in both the British or Indian armies. During our tour we will visit the sites of these heroic actions.  They fought alongside their British officers who in the great tradition of the British Indian Army led and died with their soldiers leading from the front. Those who fought and died were buried or cremated  according to their religious rites. There are many memorials in both the UK and on the Western Front to those from the sub-Continent  who came to fight in an alien and hostile environment. Far from home among many who did not understand their customs or religious beliefs.

The tour will start and finish in London.

Should you have difficulty in viewing the itinerary below or wish to have a larger font please click here or click on itinerary below.  See button at bottom of page to PRINT, EMAIL or SAVE 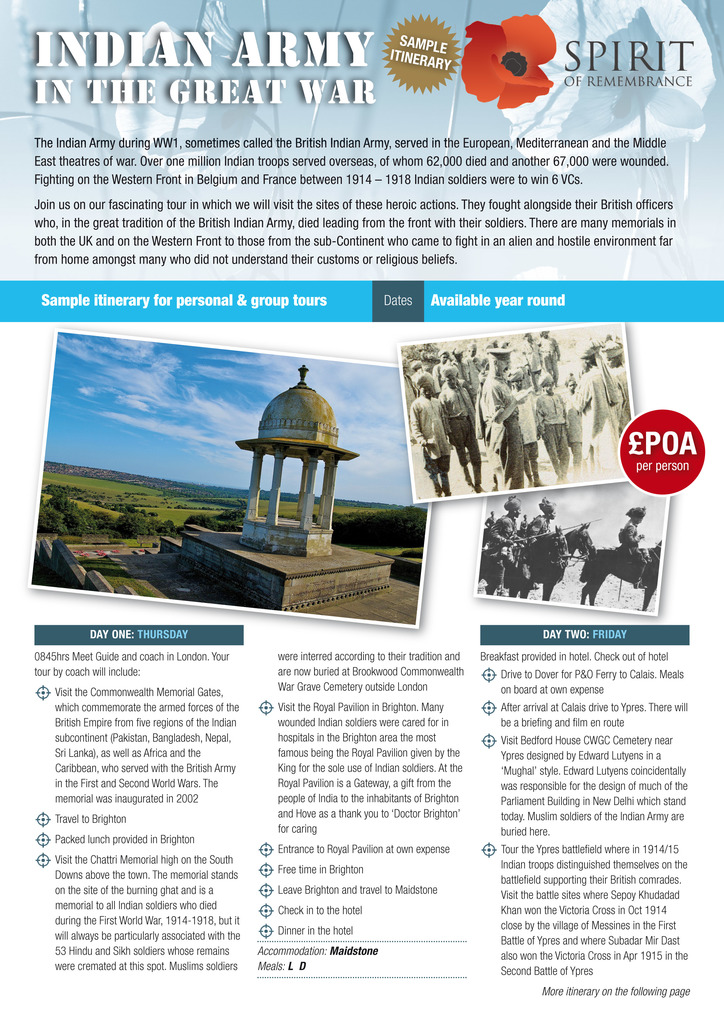