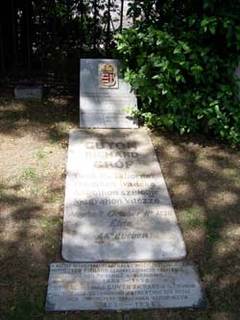 Also known as the Haydarpaşa Cemetery and in Turkish the Haydarpaşa İngiliz Mezarlığı), this is a cemetery with a long history being established initially for British servicemen, who died from disease or wounds in the Crimean War  (1854-1856).

The cemetery also has the graves of Commonwealth soldiers from the two World Wars.  In addition British civilians who died in Turkey.

After the Armistice, when the Allies occupied Istanbul further burials were made mainly from No 82 General Hospital and graves were brought in from other civil cemeteries in the area. During World War II, Turkey was neutral but burials continued.  They were British  or  Commonwealth aircrew or PoWs who died while attempting to escape from temporary camps in the Aegean where they awaited transport to Germany and Italy, and whose bodies were washed up on the Turkish coast. The war graves plot contains 405 Commonwealth burials of World War I, 60 of whom are unidentified. Second World War burials number 39 of whom 14  are unidentified

The Haidar Pasha Memorial in the Cemetery commemorates the more than 30 Commonwealth servicemen of World War I who died fighting in South Russia, Georgia and Azerbaijan, and in the Intervention War in Russia and Transcaucasia, whose graves are not known. An Addenda panel was later added to commemorate over 170 Commonwealth casualties who are buried in cemeteries in South Russia and Transcaucasia whose graves can longer be maintained.

Among the graves in the cemetery is that of the 19th Century British born soldier of fortune Richard Guyon.  Uniquely Guyen having served in the Hungarian Revolutionary Army and fought in five major engagements then joined the Turkish Army in 1852 and achieved the rank of Pasha without having to convert to Islam. He died of cholera in Scutari in 1856. 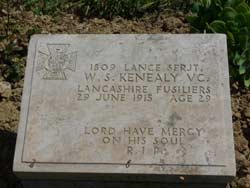 The greater part of the cemetery (Rows A to J and part of Row L) was constructed between the landing in April 1915 and the evacuation of the peninsula in January 1916. Row I contains the graves of over 80 men of the 1st Lancashire Fusiliers who died in the first two days following the landing. The 97 graves in Row K and graves 31 to 83 in Row L were brought in from smaller cemeteries on Aegean islands after the Armistice

Redoubt Cemetery takes its name from the chain of fortified positions constructed by the Turks across the southern end of the peninsula in the fighting for Krithia and the Redoubt Line on which the advance halted in May. The cemetery was begun by the 2nd Australian Infantry Brigade in May 1915 and continued in use until the 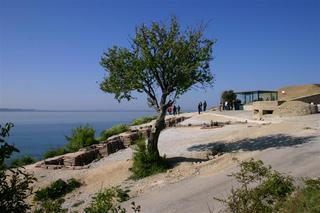 evacuation. It was greatly increased after the Armistice when the battlefields were cleared and graves were brought in from the following smaller cemeteries:- Krithia Nullah Nos. 1 and 2, West Krithia Nullah, Brown House, White House and Clapham Junction. There are now 2,027 servicemen of the First World War buried or commemorated in this cemetery. 1,393 of the burials are unidentified but special memorials commemorate 349 casualties known or believed to be buried among them.